Networking for the Digital Transformation

The Information Technology (IT) space and the Operational Technology (OT) space have traditionally provided separate networking functions within the manufacturing environment. IT handles all the back office and enterprise type transactions, while OT handles everything on the plant floor such as control system and SCADA communications. Most facilities draw a clear line between the two.

Traditionally, the IT network has been actively managed, segmented and secure. The OT network, however, is typically a closed system that can often be found piece-mealed together and expanded as needed to accommodate additional Ethernet nodes. The OT network typically does not communicate to the outside world except possibly though a "secure" firewall - IT and OT seperation relies heavily on physical security strategies. Unmanaged devices and a DIY-like design are common in OT networks, which leads to degraded performance as the unmanaged network expands. Furthermore, unmanaged networks open the door for security risks and puts you in a reactive position against cyber security threats.

The shift away from a closed network

The digital transformation leverages data from all aspects of your business - plant floor data, enterprise data and external data. Therefore, there is more interdependence between the IT and OT space, which opens up several security and performance concerns.

In May 2017, several plants around the world including five of Renault-Nissan's car manufacturing plants, were brought down by the WannaCry Ransomware worm. It exploited non-supported versions of Windows and propagated itself though networks that lacked up-to-date firewalls and up-to-date hardware. In addition, it became difficult to control without "unplugging" the entire network since so many of the infected networks were unmanaged or did not have proper VLANs in place to contain the outbreak, thus brining entire facilities to a halt until it could be completely remedied.

Networking tips for the digital transformation

As you move towards your digital transformation journey, the infrastructure must be in place to pass along the data required to accomplish your goals. The OT network will start to replicate many of the designs in the IT network. Keys to a well designed OT network include:

Organize for Speed and Start your Digital Transformation

In the mid 90's, dial up was adequate to support typical internet access. Then a 1.5 Mbps T1 connection became the standard. Now, our consumption of data requires connectivity that exceeds 100 Mbps. Network bandwidth and security is one of the major limiting factors in taking advantage of the Industrial Internet of Things (IIoT), Artificial Intelligence (AI), Augmented Reality (AR), and other exciting technologies associated with the Digital Transformation. Organize for speed and security so that you are prepared for today and the future while your competition catches up.

Digital Transformation insights in your inbox.

Subscribe to our newsletter to get articles, videos, guides and tools like this in your inbox regularly 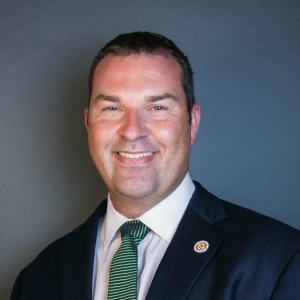 Tim Malyszko is the founder of Intelligent Industrial Strategies. When he’s not serving his clients, he can be found on the golf course or creating a new piece of art in his woodworking shop. He calls St. Louis, Missouri home.